It has been a long time since the last update so here we go!

The soft release of the game to the backers and occasional itch.io users has been a great way of getting in touch with real players and testers. We spent a lot of time wondering what things the players would like/dislike and I think we got a better picture now than we ever did before. Thanks for playing the game and leaving feedback on our community or email inboxes.
We had to take some personal time off for different reasons but, while not getting our hands dirty in the game's code, we started to discuss about the future of the project. One thing that came up several times was the possibility of making AdventurOS open source. We are avid open source users and contributors but we are not so familiar with a lot of open source games, so we started thinking about open sourcing ours. 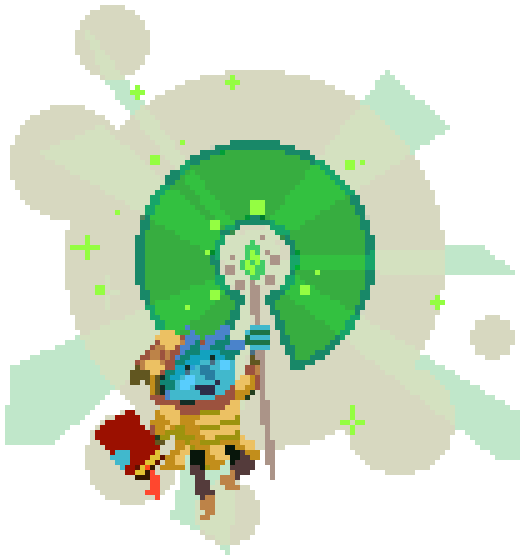 Since the game is almost entirely made with GM:S there is not really a good way of providing people the necessary tools to contribute or compile it yet. We are thinking of ways to make this process easier to everyone and remove GM:S out of the picture. We made a promise to ourselves to never start from scratch again since we spent a big amount of our dev time re-writing most of the stuff, but now that the idea of the game is finished, and most of its parts are clear and simple it doesn't seem like a huge task. We are still not sure on what are we going to be focusing most of our efforts next but we want to make sure that you guys are aware of what it is on our mind. There are still many rough edges on the project and, as many of you experienced, a lot of balancing to make. André made some awesome animations that we are going to be adding to the monsters to keep on improving how they behave in game and we think you'll love it!

That is all we can share for now, we'll come back to more regular updates and we really REALLY want to thank all of you that played and gave us your honest feedback.
Cheers!

Explore a unique adventure based on the content of your computer.